The Truth? You Can't Handle the Truth! 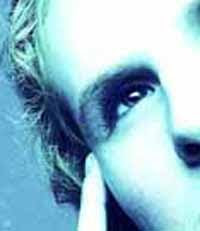 I’ve come across a rash of examples lately involving people who've felt misled in conversations with their doctor. We’re not talking egregious medical malpractice here. But the choice of words in the course of discussing treatment left the patient feeling let down as things played out.


The first example came from a newspaper column that addressed this very issue from a doctor’s perspective. The patient had heard “perfect vision.” The eye surgeon apparently had been alluding to “near perfect” vision, and ultimately lost the trust of the man in his care. How often do you ask your doctor to clarify things? Do you ever repeat back what you just heard to make sure you’re both on the same page?

The next example was a burn victim (a motivational speaker whose inspiring story I’ll save for another post) who didn’t fully comprehend the meaning of “we’ll reconstruct your face” as she lay bandaged up after a horrific car accident. Have you ever jumped to optimistic conclusions only to be later disappointed by medical results?

Then last night over dinner, a friend mentioned her own recent experience: Her rather routine outpatient procedure was halted when a red flag came up in pre-op testing. Over the course of a couple weeks, she was sent for scan after scan, all the while being told “don’t worry, it’s probably nothing.” She finally confronted the doctor with a possible condition they were trying to rule out. Something a relative had died from. The doc finally ‘fessed up. Yes, that’s what we’re looking for, he said. To everyone’s relief, everything came up clear. What would you have preferred? The unblinking truth that something terrible was suspected? Or vague answers to keep the “what if” monster from coming out from under the bed each sleepless night?