A Tribute to Mothers 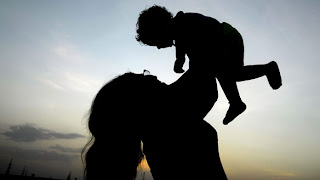 I recieved an email this week and it reminded me not only of the responsibility and joy of being a mother, but the tremendous amount of respect that I have for my own mother. It is a blessing to see your mother enjoy not only her grandchilden, but her great grandchildren, as well. In our culture,the elderly are not always honored as they should be. Please take time today to honor your mother by telling her you love her and spending time with her. Often times, time is the best gift we can give to our mothers. If your mother has passed away, take time to honor her memory today. Please read this interesting viewpoint of what it is to be a mother as you think about your own. 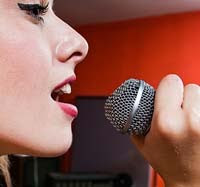 Two days in a row now, I’ve come across information on managing Alzheimer’s disease that taps into a couple connections wired deep in the brain: our capacity for words and our capacity for music.

First was a New York Times news item about author Lydia Burdick, who has written a simple book full of colorful pictures and large type specifically for memory-impaired adults. “The Sunshine On My Face” is one of three books she produced while caring for her mother who has advanced dementia. For a little while, at least, the connection between mother and daughter that had been slowly fading away opened back up when the two women shared story books.

The second reference popped up in a Philadelphia Inquirer article about the popularity of a capella singing among medical students who need a creative outlet to balance the rigors of their studies. The University of Pennsylvania’s UltraSounds (every one of these choirs, apparently, can’t resist a medical pun when it comes to choosing a name) brought nurses to tears at one adult day center when heretofore mute residents began singing along with “Silent Night” during a Christmas performance.

Right now, I don’t have an Alzheimer’s patient in my life. But these news items brought back that rush of primal love and connectedness I felt when I used to sing lullabies to my babies or cuddle them in my lap for a story. Life does indeed come full circle. And if a book or a song can bring a moment of connectedness and a bit of relief from the pain of caring for a parent who may not remember you anymore, God bless author Lydia Burdick and the singing of The Ultrasounds, The Doctor's Note and the The Transplantations for the joy they spread.
Posted by Elaine Finn at 9:42 AM No comments: Did you see a guy in California had $50,000 worth of testing done on his DNA? He’s a professor of bioengineering who let his colleagues at Stanford University study his genetic information to see if they could predict future medical risks in a healthy person. According to the US News & World Report article, Stephen Quake now knows he’s got a 23 percent chance of developing prostate cancer but only 1.4 percent risk of Alzheimer’s disease. And more likely than not, the currently svelte and 40-ish professor will wind up fat and diabetic, with a touch of coronary disease. Or so say his genes.
What about you? Would you want to take a peek into your genomic crystal ball? Not me. I’m too suggestible. Every time someone says that in women heart attacks can present as gastric symptoms, I immediately start to burp. I’m already highly skilled at worrying about the problems of the moment. (Hey, doesn’t that run in families??) If my genomic test turned up something dire, chances are I’d feel more helpless than heroic.
My philosophy is that generally healthy living will stave off all sorts of ills. So (ignoring for the moment issues like folks interested in errant genes that could be passed along to future children) why know the specifics. I already know there’s breast cancer in my family tree, so I do all the right things: I get regular check-ups, I exercise, the kids were all breast fed, the thought of a breast lump inspires me to take that extra serving of broccoli. But the benefits of doing all that aren’t exclusive to breast cancer risk. All of the above might stave off other cancers, mental illness, heart disease and its related conditions, just to name a few.
Privacy and ethical issues aside, do you have the personality to live with the results of a test like Quake’s? He put it like this: “It doesn’t tell you you’re going to be happy or a great athlete,” he told the Associated Press. “If you’re a worrier, this is not for you.”
Posted by Elaine Finn at 5:16 PM No comments: