Being An Expert Outside Your Field of Expertise 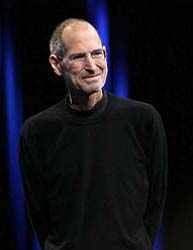 Everyone within arm’s reach of a keyboard has felt the need to pen a tribute to Steve Jobs. And I had no intention of joining the homage-fest to the Apple co-founder, though I’m fascinated by his creative mind and visionary success. Then a paragraph in Rolling Stone magazine’s tribute jumped off the page:


As his illness worsened, Jobs found his life narrow even further. He didn’t go out at night, never accepted awards, gave no speeches, attended no parties. Instead, he holed up in his home in Palo Alto, where he hung out with his family and learned everything he could about cancer- and how he might beat it. “He knew more about it than any oncologist,” says his old friend Larry Brilliant, who is an MD. His body grew thinner and thinner, and he took a six-month leave from Apple to have a liver transplant.

So the thing to honor about Steve Jobs is that he was one of us. He was a patient, desperate for knowledge. In the end, his condition put him on an even playing field with everyone who’s ever been on the receiving end of a diagnosis. The lesson is in how he spent his time – education, research, bringing his own facts into consultations, becoming an expert in his own disease. For every patient who does the same, it’s a life well lived.