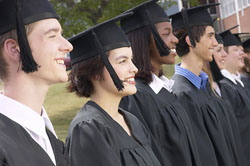 Figuring out where to set the bar on expectations can be difficult. The wrong decision can be disastrous. But I can’t think of any circumstances where setting a goal for improvement is a mistake. Illness, minority status, nor intelligence tests can ever take into account the miraculous power of a child inspired to believe he can “prove them wrong.”
Posted by Elaine Finn at 9:18 PM

That is great news about your son and his positive attitude, Elaine!

I'm also trying to "prove someone wrong" with my pain issues... :)

Thanks Kyle! You also have a strong spirit and inspiring story. Thanks for sharing your own journey on your blog as well.